Nerdify reviews the best ways to get better sleep 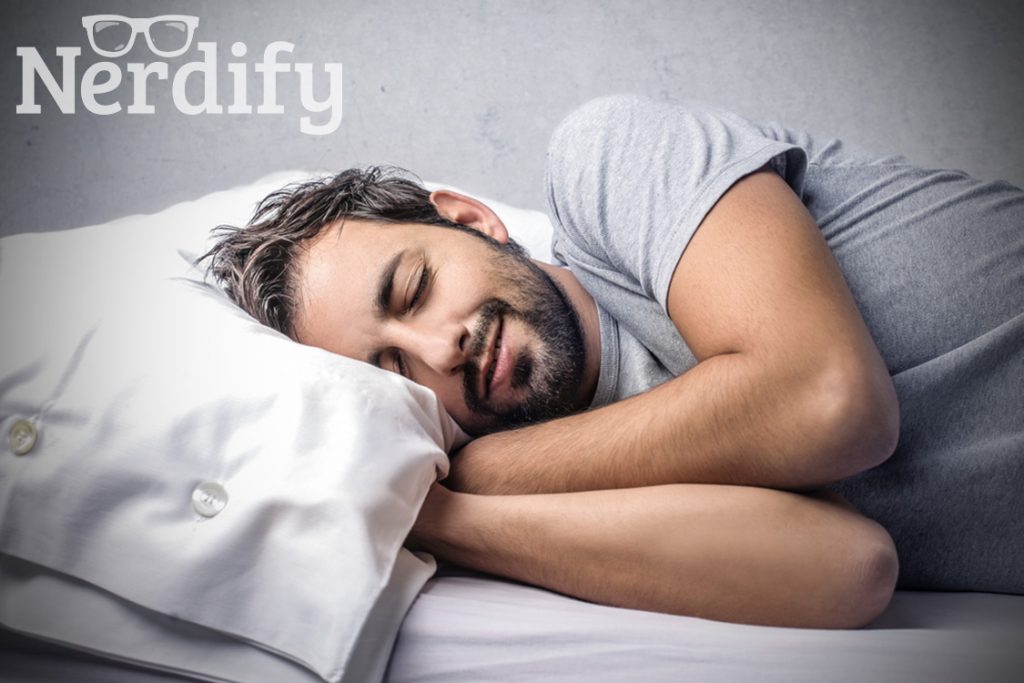 Sleep is important, we love it (especially here at Nerdify), we spend a third of lives doing it and yet lots of people have a problem waking up every morning.

Lack of sleep is a real problem and has been linked to short-memory loss, difficulty concentrating and depression. According to a recent study, from the Rand Corporation, United States economy loses staggering $411 billion a year due to lack sleep among the working population.

An average person needs roughly 7-8 hours of bedtime to be in tip-top shape. But simply lying in bed won’t cut it. The quality of sleep is equally important.

We’ll share some tips with you, on how to get the best sleep possible every single night:

Our bodies have a natural biological clock, called “circadian rhythms” that basically say when you should be awake and when you should be sleeping. Messing with it will make you tired all day long. Try focusing on going to bed (and waking up) at roughly the same time. That way, your body will adjust its melatonin production ( the hormone responsible for making you feel sleepy) to your sleep cycle.

2. Switch off your laptop/mobile phone

Our screens emit “blue spectrum light” which makes our bodies think it’s “daylight” suppressing the melatonin production, hence you stay awake past midnight checking your FB or watching YouTube. This is EXACTLY the reason why staring at your mobile phone or laptop when going to bed, is a terrible idea. Thus, 1 hour before bedtime – put your mobile phone away and switch off your laptop!

3. Take a shower and cool your room

Various studies have shown, that the best sleep comes at around 68 degrees °F (approx. 20 °C) room temperature. So try cooling your room before bedtime. Another thing you can do is taking a quick hot shower. This will help you relax and let your eyes rest before going to bed.

4. Read a book or meditate

The last 30 minutes before bed should really be all about relaxing and preparing your mind for sleep. Clearing your mind with meditation or yoga, reading a book will quickly take a toll on you and you’ll be falling asleep shortly. You can also sniff some lavender essential oils! Many studies have indicated that breathing in lavender help people relax and get better quality sleep.

5. Once you wake up – get some sunlight

As discussed previously – melatonin is the hormone that makes you sleepy. Our body starts producing it when the sun goes down. To STOP melatonin production – get some sunlight right after you jump out of bed, production of the melatonin will stop and your body will know that it’s time to wake up!

Here at Nerdify, we help you succeed during your academic years. We think it’s incredibly important students achieve their goals because education is one of the biggest investments one makes in his life. If you feel like the pressure is mounting up and you need a helping hand – get in touch and we’ll make sure you have enough sleep today 😉