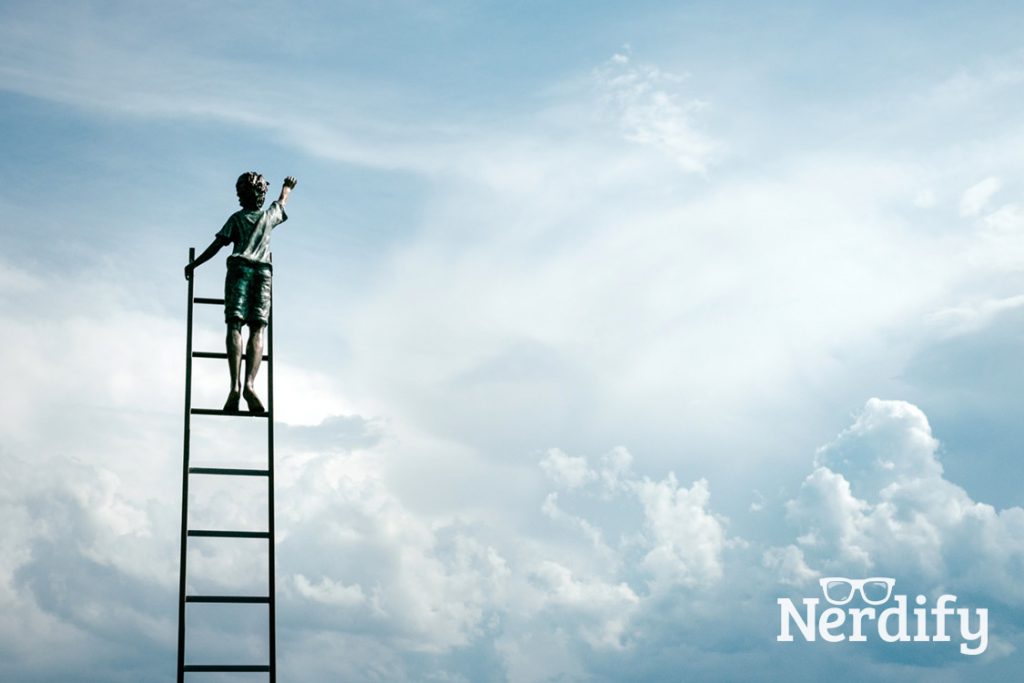 It has been a packed weekend, hasn’t it? Thanksgiving, Black Friday, Cyber Monday (Nerdify’s marketing has been busy) – lots of holidays smashed together in such a short period of time. We do hope these few days have been a blast for you, guys 🙂

Now, it’s time to get Nerdy again 🙂 We thought it would be a good idea to tell you some secrets behind the success of the biggest names in the tech industry today. How did people like Jeff Bezos (who’s fortune recently surpassed $100 billion) and Steve Jobs manage to build such large companies?

We have done a thorough investigation and here are our findings. These are general rules that can be applied pretty much everywhere, no matter what you want to do in life.

These 2 points have been cited by everyone – Bezos, Jobs, Obama, Buffet and many others; and we think these are literally the most important factors for success – having a passion for what you do and having determination and tenacity to work hard for a sustained period of time. These two go hand in hand because it’s passion that gives birth to perseverance.

As Steve Jobs once said – “it’s so hard (to create anything) that if you don’t have passion, any rational person would give up. You have to work really hard for a sustained period of time. And if you don’t love it, eventually you are going to give up.” And that’s what happens to most people. Lot’s of people start projects/businesses, but eventually, a good chunk of them give up, when problems start piling up on their desks.

Jeff Bezos, when setting up his private spaceflight company Blue Origin gave it the following motto – “Gradtim Ferociter” which means “Step by step ferociously”. This is how he explains statement: “You can’t skip steps, you have to put one foot in front of the other, things take time, there are no shortcuts”. People who persevere, eventually get sh*t done, which ultimately leads to success.

Don’t be afraid to fail

The reality is different, however – people who never fail, are the ones who never try anything. In fact, most successful entrepreneurs in the world have failed a lot before they’ve achieved great success.

Take Mark Zuckerberg for example. He said: “I have made so many mistakes any mistake you can think of, I’ve made it. But if you’re building a product that people love, you can make a lot of mistakes”. Today Facebook is worth more than $500 bn. Not bad for a “made all the mistakes you can think of” scenario, right?

Jeff Bezos said, “I’ve made billions of dollars of failures at Amazon”. His reasoning is that continuous experiments (bold bets as he calls them) will not only offset any losses you make from failures but will eventually lead to high profits (because you would have acquired so much learning and knowledge from your failures). Companies that don’t promote experiments and are not prepared to fail from time to time, will eventually die. The important part is to learn from your mistakes.

Steve Jobs once said: “Everything around you that you call life was made up by people that were no smarter than you. And you can change it, you can influence it… Once you learn that, you’ll never be the same again”, meaning that you don’t have to be special to act – you just need to have the will to get the job done 🙂